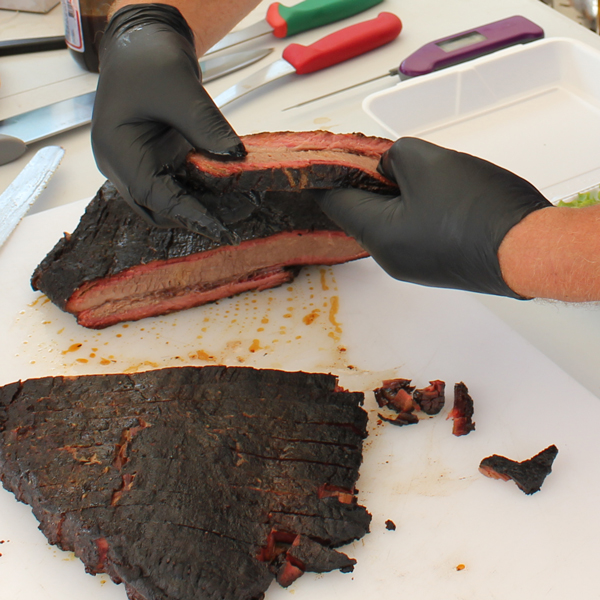 Last weekend, 10th & 11th of September the number 1 ranked team in France, Oncle Jed?s BBQ attended the 1st Brexia 4Star BBQ Championship held at the beautiful Mille Miglia Museum in Brescia, Italy. 26 teams from 7 countries from all over Europe were in attendance.

As with all Kansas City Barbecue Society (KCBS) events held in Europe, set up day is Saturday with meat inspection and a cooks meeting held in the afternoon. Our team which includes Jed Thompson founder of the French BBQ Association (AFB), Mike Rich pitmaster and long time chef including 14 years on yachts and Anthony Le Briere chef and two time Champion de France BBQ started setting up our cook tent under sunny, hot skies. Once completed, the event organisers visited us to inspect the meat we were to cook. ?They check that they are the correct cuts, haven?t been pre-marinated (against the rules) and if they were being kept at the correct temperature. 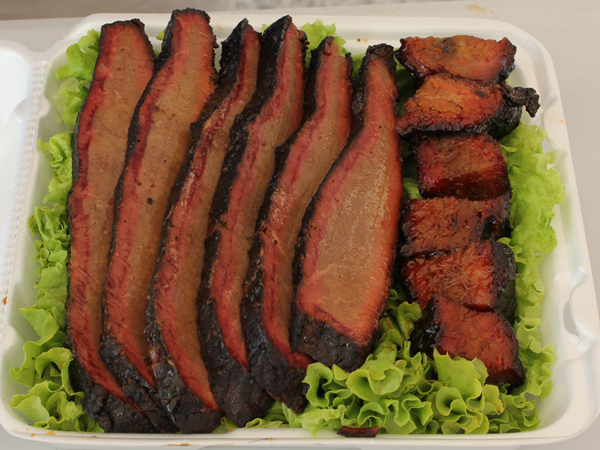 Later that afternoon, the required cooks meeting took place where we were given final instructions including the ingredients for the ?mystery box challenge?. This time it was a pork shank and 4 mushrooms. Cooks were instructed that they could make anything they wanted but had to include the pork and mushrooms. We decided that Anthony was going to be in charge of the mystery box and he went to work deciding what he wanted to prepare for the judges.

After preparation of the ?big meats? pork shoulder and beef brisket, they were placed on the smokers around midnight for an overnight cook. We all were able to get our heads down and get a few hours of sleep but not before spending some time with our fellow competitors. There may have been some beer consumed as well??.

The attraction of these contests is the comraderie and BBQ family that exists. Although we all want to win, everyone is extremely friendly and will give you the shirt off their back. Case in point, I broke the handle of one of our smokers and within 10 minutes I had a replacement provided by another team for free.

After a long night of cooking and carousing, dawn broke over the contest and we all participated in the Jack Daniels 7:07 tradition of having a shot of Jack Daniels who are a big sponsor and organiser of BBQ contests in the US. Who said BBQ was easy????

Then it was time to get our ribs on the smoker and preparing our chicken. Once those were finished and waiting to go on at 0900, we had a chance to walk around and see our friends. Meanwhile Anthony was busy preparing his mystery box offering for the judges. Like most French chefs, his entry was not only tasty but very well presented. He boned the pork shank then stuffed it with mushrooms and some homemade sausage that we had made for dinner the night before. It was beautiful!!!

At KCBS contests, the turn in times for the four categories are chicken 1200, ribs 1230, pork 1300 and beef brisket at 1330. This contest the mystery box was 1400. Everything went as planned and our boxes all looked great. In fact, we were very confident of good scores. All judging at KCBS contests is double blind, no one knows who the judges are and the judges don?t know whom they are scoring.

Once the turn ins were completed it was time to start the arduous process of packing everything up while waiting for the awards ceremony. We were all waiting very anxiously as the proceedings began. First up was chicken, I was very eager for these results in particular as I had worked extremely hard to get things right in the lead up to the contest. They call out the teams from 10th onwards with the top 3 going to the podium. Imagine my surprise when our name didn?t get called?.. This feeling was quickly replaced when we received 4th for our ribs and 3rd for beef brisket!!!! We won?t talk about our scores for pork?. The judges didn?t like Anthony?s mystery box as much as we thought but that just gives him more impetus to come back stronger the next time!!!

It was a great weekend all around with a fantastic venue, great organisation and lots of good friends. We will definitely be back!!!!!

Our next event is a Masterclass on the 8th of October to be held in Antibes. The focus will be BBQ and cold smoking for the yacht chef. We provide all equipment and meats you just have to show up with a desire to learn something new to give the owners and charter guests plus be ready for a fun day.

ProQ France does unfortunately no longer operate but make a google search to find ProQ products near you.